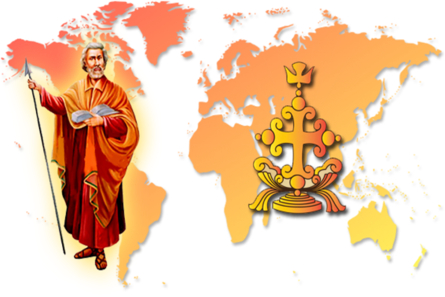 The Syro-Malabar Catholic Church is one of the 22 Eastern (Oriental) Catholic Churches in full communion with Rome. It is the largest Eastern Catholic Church after the Ukrainian Church and the largest of the Saint Thomas Christian (Nazrani) denominations with 5 million believers. It is a sui juris Church governed by the Synod of Bishops headed by the Major Archbishop. The Syro-Malabar Church, with its deep-rooted spirituality and high rate of vocations to priesthood and religious life, can be considered as the most vibrant Catholic community in the world.

The Syro-Malabar Church is an Apostolic Church which traces its origin to the St. Thomas, the Apostle, who landed at Cranganore (Muziris) in 52 AD and founded seven Christian communities in Kerala, at Palayur, Cranganore, Kokkamangalam, Kottakavu (Parur), Quilon, Niranam, and Chayal. St. Thomas was martyred in A.D. 72 at Mylapore, near Chennai/Madras. The early Christian community in India was known as St. Thomas Christians. They were also called Nazranis, meaning those who follow the path of Jesus of Nazareth.

Today the Syro-Malabar Church is the largest Eastern Church in Catholic communion and constitutes the largest group of St. Thomas Christians. The other two Catholic Churches in India are the Latin Church and the Syro-Malankara Church.

At present there are five Archdioceses - Ernakulam-Angamaly, Changanacherry, Trichur, Tellicherry and Kottayam and 13 eparchies - Bhadravathi, Belthangady, Irinjalakuda, Kanjirapally, Kothamangalam, Idukki, Mananthavady, Mandya, Palai, Palghat, Ramanathaapuram, Thamarassery, and Thuckalay within the canonical territory of the Major Archiepiscopal Church and 13 eparchies outside, of which Adilabad, Bijnor, Chanda, Gorakhpur, Jagdalpur, Rajkot, Sagar, Satna, and Ujjain in India are with exclusive jurisdiction and Kalyan, Faridabad, Shamshabad and Hosur in India and the St. Thomas Eparchy of Chicago in the United States of America, Eparchy of St. Thomas the Apostle of Melbourne, St. Thomas the Apostle Eparchy of Great Britain and Exarchy of Missisauga in Canada also enjoy personal jurisdiction.. 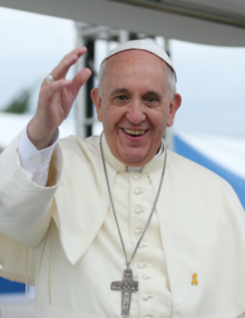 The Head of the Catholic Church 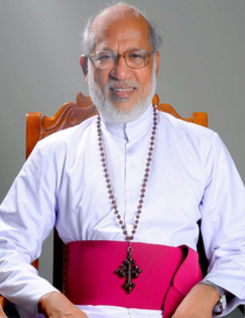